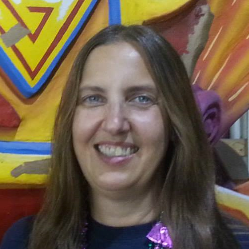 Cindy has been a Software Developer at Oak Ridge National Laboratory since 1990 working on exciting projects such as:

Cindy has been awarded 2 Technical Achievement awards for work on ADANS and CBMS Block II (which was also an R&D 100 Award winning project), and 2 Significant Event awards.