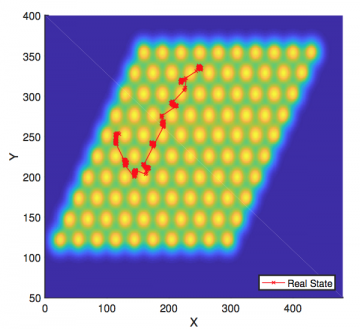 The nonlinear filtering problem is one of the key missions in data assimilation, in which observations of a system are incorporated into the state of a numerical model of that system.  Mathematically, the nonlinear filtering problem is to obtain, recursively in time, the best estimate of the state of unobservable stochastic dynamics S = {St : t ≥ 0}, based on an associated observation process, M = {Mt : t ≥ 0}, whose values are a function of S after corruption by noises. This suggests the optimal filtering problem of obtaining the conditional distribution of the state St from the observations up until time t, which achieves the best estimate of this distribution, in the squared error sense, based on the available observations.