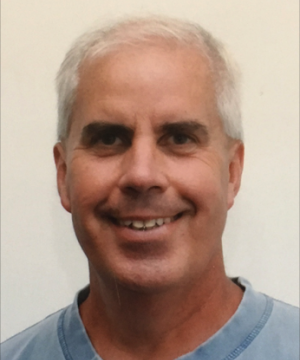 Abstract: Several silica-based glasses were fractured at high strain energy via drop-weight testing.  A cylindrical specimen was used to promote initially simple, axisymmetric, and uniform compression.  The uniaxial compressive impact strain was sufficiently high to qualitatively cause permanent densification.  Produced fragments were collected for postmortem and a fraction of them, for all the silica-based glasses, consistently had distinct sub-micron-sized fractures (~ 300-1000 nm), designated as “microkernels”, on their surfaces.  They would most often appear as a sub-micron pore on the fragment - an event that suggested the microkernel had popped out as a consequence of the local crack plane running through it, tensile-strain release, and the associated formation of the fragment it was on.  No fractographic evidence showed the microkernels were associated with local failure initiation.  However, their positioning and habit often suggested they were associated with localized crack branching and that they could have influenced secondary fracturing that occurred during overall crushing and comminution and associated fragment size and shape creation.  The size range of these microkernels is much too small to affect flexure strength of these glasses for most applications but are of a size and concentration that may affect ballistic, shock, crush, and comminution responses when permanent densification is occurring.

Speaker’s Bio: Dr. Wereszczak is a structural ceramic scientist and engineer, glass scientist, and a Distinguished R&D Staff Scientist in the Materials Science and Technology Division at ORNL and has > 25 years of company service.  He was also a staff structural ceramist at the US Army Research Laboratory from 2000-2002.  He received his BS in Ceramic Engineering from Alfred University (Alfred, NY) and his PhD in Materials Science and Engineering from the University of Delaware.  He is an ORNL-UTK Joint Faculty in the Materials Science and Engineering Department at the University of Tennessee. Most of his professional career has been devoted to the characterization and modeling of the relationship between mechanical response of brittle materials and their microstructure.  He has researched ceramics and glasses for use in internal combustion and gas turbine engines, armor, hybrid bearings, gun barrel liners, thermoelectric devices, and power electronic devices.  Andy has been primarily supporting NNSA-related efforts the last several years. Andy is a Fellow of the American Ceramic Society (ACerS), past Chair of ACerS's Engineering Ceramic Division, Sub-Committee Chair of ASTM C28.07 on ceramic composites, and an Associate Editor of the International Journal of Applied Glass Science, and he has authored or co-authored more than 200 publications, given more than 100 presentations, and has numerous invention disclosures and patents.