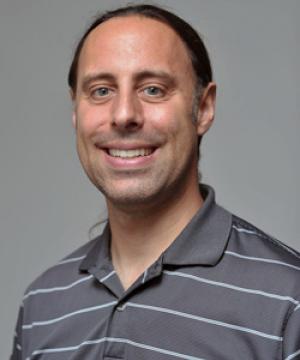 Abstract: Computing sensitivities is an important computational tool for uncertainty analysis, design optimization, and inversion. These sensitivities are derivatives of user specified quantities of interest with respect to simulation parameters. While useful in practice, computing these requires differentiating the differential equation. For established approaches, this can be a demanding software task. For particle-in-cell (PIC) methods the story is more complicated.A direct computation of forward sensitives computed by differentiating the PIC algorithm is straightforward. This computation depends on the derivative of the particle trajectories. Unfortunately, these quantities have large variation due to chaotic dynamics and result in instability in the sensitivity calculation rendering them useless.

We take a differentiate-than-discretize approach. In this technique, the chaotic dynamics of the particles are avoided by discretizing the differentiated Vlasov equation. Because the density associated with the differentiated Vlasov equation is not chaotic, the sensitivities are stably computed. To discretize this system, we propose three different variants. In the first, the particles used to discretize the system are based on the particles from the primary PIC system. These may not adequately provide support for the sensitivity system. Thus, we develop two alternatives that introduce additional particles to compute the forward sensitivity. We conclude with an application of this methodology to a plasma sheath. See [1] for more details.

Time permitting, we will discuss a second topic on applying neural networks to compute collisions in mesh-based Boltzmann solvers. Kinetic gas dynamics in rarefied and moderate-density regimes have complex behavior associated with collisional processes. These processes are generally defined by convolution integrals over a high-dimensional space (as in the Boltzmann operator) or require evaluating complex auxiliary variables (as in Rosenbluth potentials in Fokker-Planck operators) that are challenging to implement and computationally expensive to evaluate. In this work, we develop a data-driven neural network model that augments a simple and inexpensive Bhatnagar–Gross–Krook collision operator with a machine-learned correction term, which improves the fidelity of the simple operator with a small overhead to overall runtime. The composite collision operator has a tunable fidelity and, in this work, is trained using and tested against a direct-simulation Monte-Carlo collision operator. This part of the presentation is based on [2].

Speaker’s Bio: Eric C. Cyr has been at Sandia Albuquerque since 2009, and is a Principal Member of the Technical staff. Prior to that, he received a BS in Computer Science from Clemson University in 2002, and a Ph.D. in Computer Science from the University of Illinois at Urbana-Champaign in 2008. His formal training is in numerical methods and scientific computing. As a Sandian he has worked in a range of diverse areas including high-performance computing, preconditioners for multi-physics, discretizations for computational plasma simulation, sensitivity analysis for partial differential equations, numerical optimization, and software development for science applications. As a result, Eric is currently the principal investigator for the EMPIRE-Fluid/Hybrid application focusing on simulating plasmas in physical regimes resolved by fluid models. In 2018, Eric received five years of funding through the DOE Early Career Research Project focusing on developing layer-parallel methods for training deep neural networks. This work has broadened his exposure to machine learning. To this end, Eric is working to extend the applicability of high performance computing to deep learning, understand the behavior and approximation properties of neural networks, and develop methodologies where machine learning can be used to enhance the impact of computation on the broader scientific community critically including data generated by scientific experiments.