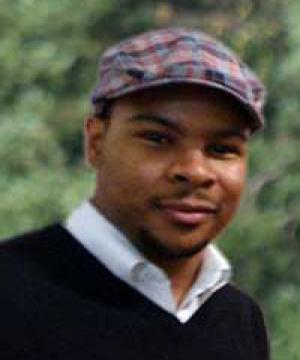 Abstract:  Projections of global sea level critically depend on reliable mass balance estimates of the polar ice sheets. Recent satellite observations shows the rapid thinning of ice sheet margins, the speed-up of several outlet glaciers in Greenland, the disintegration of ice shelves in West Antarctica, and the speed up of glaciers buttressed by the disintegrated ice shelves. In order to better understand the processes causing the speedup and disintegration of ice shelves, the polar science community has developed radars to observe a number of internal reflections -- "layers", but efforts to map them have been limited; this is because identifying layers is time consuming and difficult to perform with current, manual techniques. Analysis of a few internal layers has produced heightened awareness into ice sheet behavior motivating the need for additional interpretations; therefore, this talk discusses a progressive approach to automatically detecting multiple, internal layers from polar radar imagery.

The first contribution presents a semi-automated approach, an active contours model, for identifying high intensity edges while imposing constraints, such as smoothness of layer depth and parallelism among layers; however, model tuning and a fixed, global parameter specifying the number of layers limit the performance for automatic analysis. As an effort to advance layer detection techniques, the problem is represented as a probabilistic graphical model with the second contribution utilizing a Markov Chain Monte Carlo (MCMC) approach to improve accuracy and confidence for detected layer boundaries; this work eliminated the need to adapt parameters for each layer but focused on ice thickness estimates enabling multiple layers from other datasets to be undetected. The study concludes with an automated approach by extending MCMC to span models and estimate parameters simultaneously for the best number of layers at varying resolutions given a radar image. With this technique, it is possible to identify internal layers over distances of hundred kilometers with no manual intervention, and as a result, allow for higher resolution climate models to forecast climate change.

Bio: Jerome Mitchell, a 2013 NASA Earth and Space Science Fellow, earned his Ph.D. in Computer Science from Indiana University.  His interests involves coupling the fields of computer and polar sciences.  He has participated in the United States Antarctic Program (USAP), where he collaborated with a multidisciplinary team of engineers and scientists to design a mobile robot for harsh polar environments to autonomously collect ice sheet data, decrease the human footprint of polar expeditions, and enhance measurements precision. His current work includes: using machine learning techniques to help polar scientists identify bedrock and internal layers in radar imagery. He also was involved in facilitating workshops to educate faculty and students on the importance of parallel and distributed computing at minority-serving institutions.