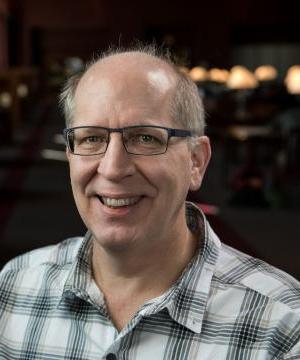 Abstract:  We present an extension of the linear-quadratic regulator problem to polynomial systems. The resulting feedback control can be written as a solution to the Hamilton-Jacobi-Bellman equations. The Kronecker product structure of the problem found in polynomial systems leads to an elegant formulation of Al'Brekht's approximation algorithm. The sequence of large linear systems that arise are solved using an nWay version of the Bartels-Stewart algorithm for modest system dimension with low single digit polynomial degrees for the control law. We demonstrate this algorithm on a few test problems found in the literature including the control of a ring of van der Pol oscillators and a discretization of the Burgers equation. The software is available at github.com/jborggaard/QQR

Speaker’s Bio : Jeff Borggaard received his B.S. and M.S. in Mechanical Engineering and M.S. in Applied Mathematics from Worcester Polytechnic Institute in 1986, 1988 and 1990, respectively, and received his Ph.D. in Mathematics from Virginia Tech in 1995. He has been on the faculty in the Department of Mathematics since 1998.  His research is in the area of mathematical tools for optimization and control of nonlinear partial differential equations, especially those involving fluids. This includes numerical analysis, reduced-order modeling of linear and nonlinear systems, computational fluid dynamics, and state estimation for feedback control.