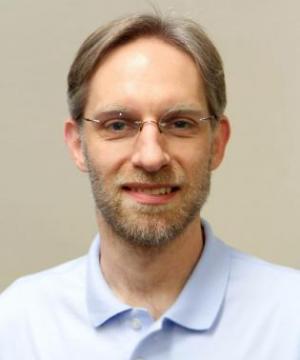 Abstract: The SLATE library provides distributed, GPU-accelerated, dense linear algebra functionality, to serve as a replacement for ScaLAPACK on modern HPC machines. It is being developed as part of the Exascale Computing Project (ECP) to target current and upcoming machines, such as Summit, Frontier, and Aurora. SLATE will provide coverage similar to existing ScaLAPACK functionality, including the parallel BLAS; linear systems using LU and Cholesky; least squares problems using QR; and eigenvalue and singular value problems. It provides a new, easier to use C++ API, with C and Fortran bindings, as well as a ScaLAPACK compatibility layer. SLATE uses modern techniques such as communication-avoiding algorithms, lookahead panels to overlap communication and computation, and task-based scheduling, along with a modern C++ framework. This talk will give an overview of SLATE, discussing its design and use.

Speaker’s Bio: Mark Gates is a research assistant professor at the Innovative Computing Laboratory at the University of Tennessee, Knoxville. His research interests are in high-performance computing, with a focus on algorithms for linear algebra on multi-core and GPU-based computers. He received his B.S., M.S., and Ph.D. in Computer Science from the University of Illinois at Urbana-Champaign. Previously he also worked at NCSA on optimizing applications for high-performance wide-area networks.