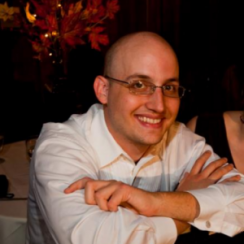 Jay Jay Billings, MS, is a Research Scientist in the Computer Science Research Group of the Computer Science and Mathematics Division at Oak Ridge National Laboratory. He holds the Bachelor’s Degree in Physics from Virginia Tech, class of 2005, and the Master of Science in Theoretical Astrophysics from the University of Tennessee, class of 2008. Mr. Billings’ research focuses on the design and implementation of modeling and simulation tools for energy science, a large part of which has been related to the study of scientific workflows in an HPC context.

At Oak Ridge National Laboratory, Mr. Billings is leading the new Scientific Software Initiative within the Division to take a new look at the way ORNL develops software for the Department of Energy. He is a founding member and current chair of the Science Working Group at the Eclipse Foundation, where he also leads the Eclipse Integrated Computational Environment (ICE) and the Eclipse Advanced Visualization Project (EAVP). Mr. Billings was also appointed to the Eclipse Architecture Council in February 2016, and is a mentor for several additional Eclipse projects.

In addition to his day job, Mr. Billings is a candidate for the PhD in Energy Science from the Bredesen Center for Interdisciplinary Research and Education at the University of Tennessee. He spends his spare time with his wife, and singing.