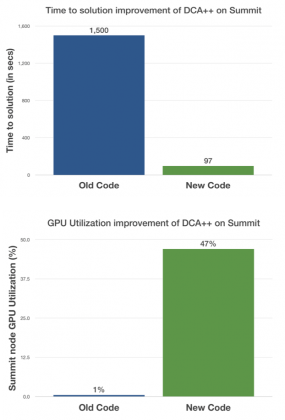 Collaborating via the RAPIDS Institute, a joint research team from ORNL and the University of Oregon has harnessed TAU’s performance feedback to assist the DCA++ team in exploiting the GPUs on ORNL’s Summit supercomputer. Specifically, TAU has enabled DCA++ developers to improve the code’s performance on the Summit system and increase GPU utilization.